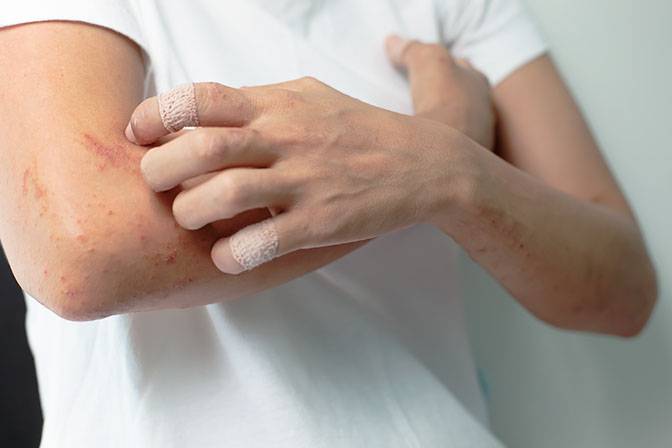 3 Ways To Break The Itch-Scratch Cycle

The persistent and nagging itchiness is the most noted grievance reported by eczema sufferers; it sends you tossing and turning trying to fall asleep, it can break the skin and lead to infections, and the worst part is…

Skin affected by eczema has a weaker protective barrier that allows irritants into deeper layers of the skin. The irritants dive beneath the skin’s surface and trigger the release of a well-known itch mediator histamine, and histamine causes the nerves in the skin to ring an alarm up the spinal cord to the brain that says:

“Scratch it! Get the irritant out of the skin!”

And although scratching can feel oh-so-good, it only further damages the protective barrier, opens the flood-gates for more and more irritants, and...you guessed it...the itching gets worse…

Rather than wag my finger and tell you, “Don’t scratch it!” (which is easy advice to follow if you don’t have eczema) I thought I’d offer some solutions that worked for me:

As soon as you feel that urge to scratch, gently rub a moisturizer over the the itchy spot. Your best bet is a moisturizer that contains an antihistamine to help stop the itch. In some cases the scratching is habitual, which means even if it’s not the eczema itching, you still have a desire to scratch the skin. That’s why I find just rubbing the area with moisturizer helps satisfy that need AND keep the skin protected.

If you have a spot that’s really itching you, I find plopping an ice pack or bag of frozen peas over the area really helps. The opposite is true for heat. Hot water might feel really really good on your eczema, but water over 100 degrees is further damaging your skin and throwing you right back into the itch-scratch cycle.

This is a relatively new concept to eczema sufferers that applies psychology to dermatology in terms of the itch-scratch cycle. From their website they ask:

"What percentage of your scratching is due to itch?". In a series of 50 consecutive patients before treatment we found a mean 60% of scratching was attributed to itch: the rest is caused by a variety of issues and factors, including stress, opportunity, boredom, frustration and tiredness - but not itch! ….at first, the scratching is due to itch. As time passes however and the behaviour continues, it becomes relatively automatic and unconscious, and generalizes from being a specific response to itch to being a general response to a wide range of factors which varies from person to person.”

The results were incredible:

I really used to hate this advice...and it almost made me as angry as “just don’t scratch it!” But then I put it to practice, and not only did I feel better, I got in shape! Whenever I my eczema gets itchy, which is usually in the evening, I get up, pop my headphones in, and go for a jog...and to my surprise, after about ten minutes...the only thing on my mind was the music and the cool rush of wind against my face. The exercise also helped me fall asleep faster.

Keeping busy can mean something different to everyone, for some it might be enjoying a creative hobby, for me it was exercise. The thing is, as you fight through the pain and dive into something that makes you happy, you just feel better all around…

...but, the best way to reduce scratching is the obvious:

Easier said than done, yet this is a critical step so many eczema creams miss. They tend to only focus on moisturizing, which is very important, but all the moisture in the world won’t mean a thing if you’re still stuck itching your skin every waking minute…

So, what else can stop the itch?

Well, some eczema sufferers take oral antihistamines, medical research is still cautious to claim this is an effective treatment because it doesn’t treat the skin itself. Furthermore, oral antihistamines often cause an intense drowsiness.

There are some eczema creams that contain natural antihistamine ingredients, so you can apply them directly to where that itchiness comes from in the first place - your skin!

But, not all eczema creams are made equal. That’s why had our research team analyze the top eczema creams and break them down by how well they addressed:

So rather than wasting money and time on the ‘trial and error’ process of each and every cream, our review will help you finally find the one that works for you:

Next: Read Our Top Reviewed Eczema Supplements of » 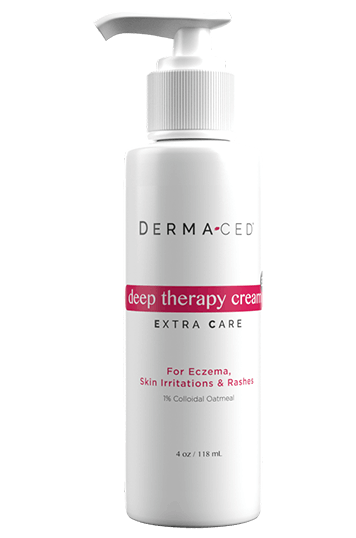 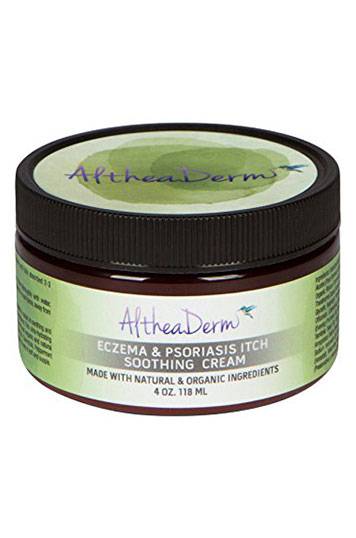